Aden is one of the most beautiful coastal cities in Yemen, known for its wonderful beaches, old buildings, impregnable castles and many souks. It is, also, the economic capital of Yemen, 170 kilometers east of Bab-el-Mandeb. Aden’s ancient, natural harbour lies in the crater of an extinct volcano which now forms a peninsula, joined to the mainland by a low isthmus. This harbour, Front Bay, was first used by the ancient Kingdom of Awsan between the 5th and 7th centuries BC. The modern harbour is on the other side of the peninsula. .From 1967 to 1990 it was capital of the independent South Yemen. Recently it has been designated the “economic capital” of the unified Yemen. In 1991 it was declared a “free-trade zone”. Aden has a number of historical and natural sites of interest to visitors. These include: The Cisterns of Tawila – an ancient, water-cachement system located in the sub-center of Crater. Sira Fort The Aden Minaret The Palace of the Sultanate of Lahej/National Museum The Aden Military Museum The Rimbaud House The fortifications of Jebal Hadid and Jebal Shamsan The beaches of Aden and Little Aden Al-Aidaroos Mosque The Zoroastrian Temple The historical British churches Reservoirs of Aden (The Tawila Tanks): The Tanks in Crater are the oldest, construction in Aden, named after the gorge that cuts through the rocks beneath the eastern end of Jabel Shamsan. They are made up a series of 18 cisterns carved out of solid rock, actually a volcanic trachyte, and dammed in places to take advantage of the underlying rock pattern. They were originally built to give some stability in water supply in an area where several years often pass without serious rainfall. They in size and depth, but capture and collect rain falling in the surrounding mountains. Their capacity is an estimated 90 million liters. Tanks are connected by a series of small aqueducts with the overflow from one tank passing to the next in chain, transporting water right into the heart of Crater. They are believed to have been constructed while the control of Aden was in the hands of the Himyarites, sometimes around the first century AD. But, since a port with the stature of Aden in ancient days would have needed an adequate amount of fresh water, it is possible that they existed before then in Sabaean times. 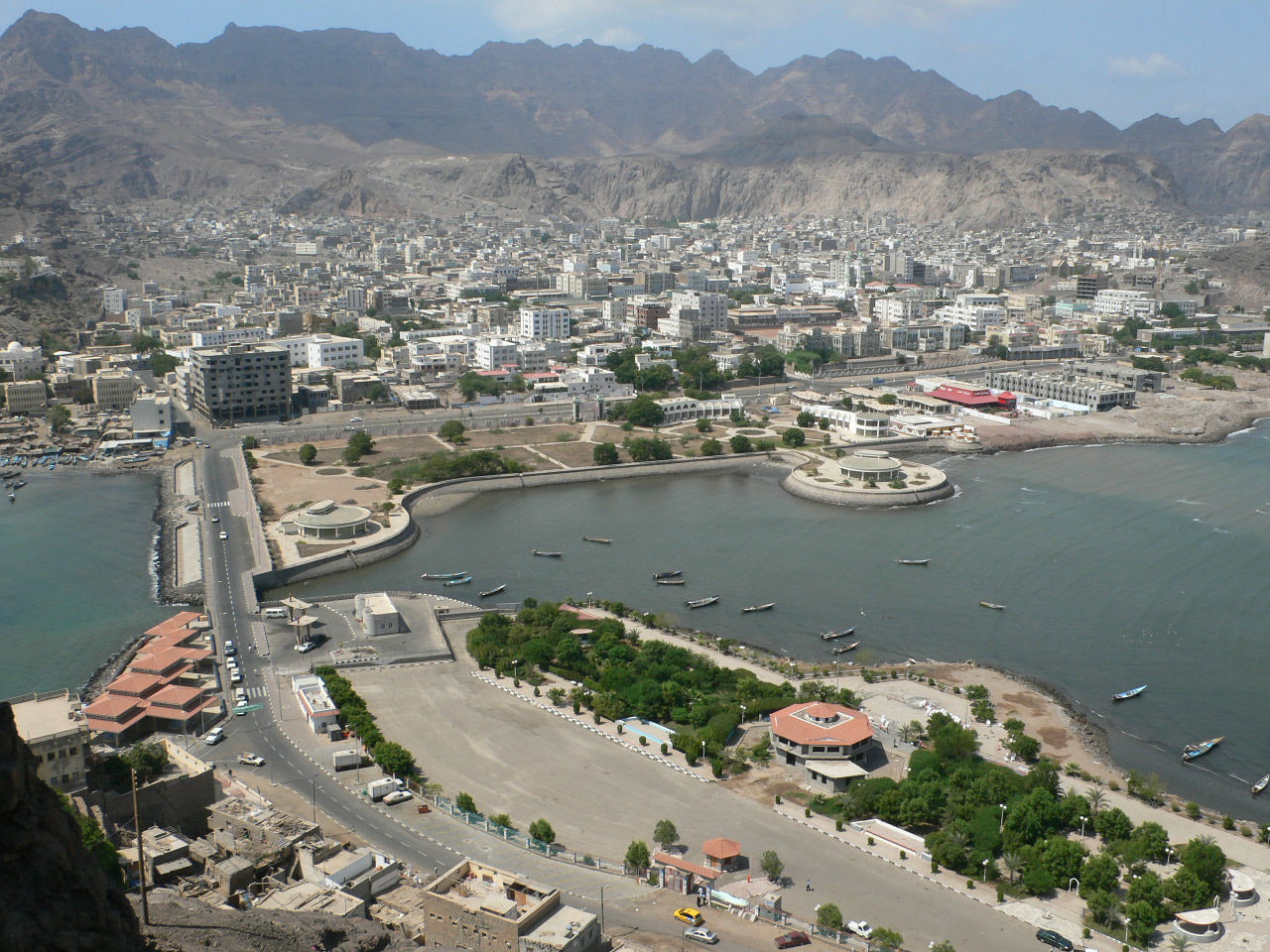