Marib was the Capital of the Sabaean Kingdom in the ancient times. It involves the most outstanding symbols of the ancient Yemeni civilization, which flourished mainly in the first millennium BC. The new city of Marib the capital of the province lies at a distance of 172 km to the east of Sana’a. It is the oldest Ma’innean city and the first capital of the Kingdom of Ma’in. it was also the most important religious center for the Ma’ineans. This site is situated in an interesting location of the desert-like area on al-Hazm Road, 125 km away from Sana’a. it is surrounded by a still existing wall, which is considered to be the best preserved among the walls of the ancient Yemeni cities. The southern part of it is still in good condition. The height of this wall in some parts reaches 8 m. The wall of the city used to have 57 towers with two gates, one in the west and the other in the east. The Sabaeans rebuilt the wall after they had conquered the city 450 BC. Baraquish (ancient name Yathul) was also the latest of the military campaigns led by the Roman leader, Alias Gallous in 24 BC. In the southern part of the city there are relics of the temple, which represents the dominating architectural pattern of the Minian,, characterized by 16 vertical and horizontal columns. Some believe that it was a temple for Ahttar, the morning star. There is still the center of the city with four columns. The site had been never deserted completely and continued to be inhabited even in modern times up to 1960. There are also many other archaeological sites surrounding Baraquish, some of which located on the Incense Road, scattered in Wadi Majzer and among of which are: Kharibat al-Lisan, the old dam in al-Lisasn Valley to the east of Baraquish and al-Ahqaf, Darb al-Sab. 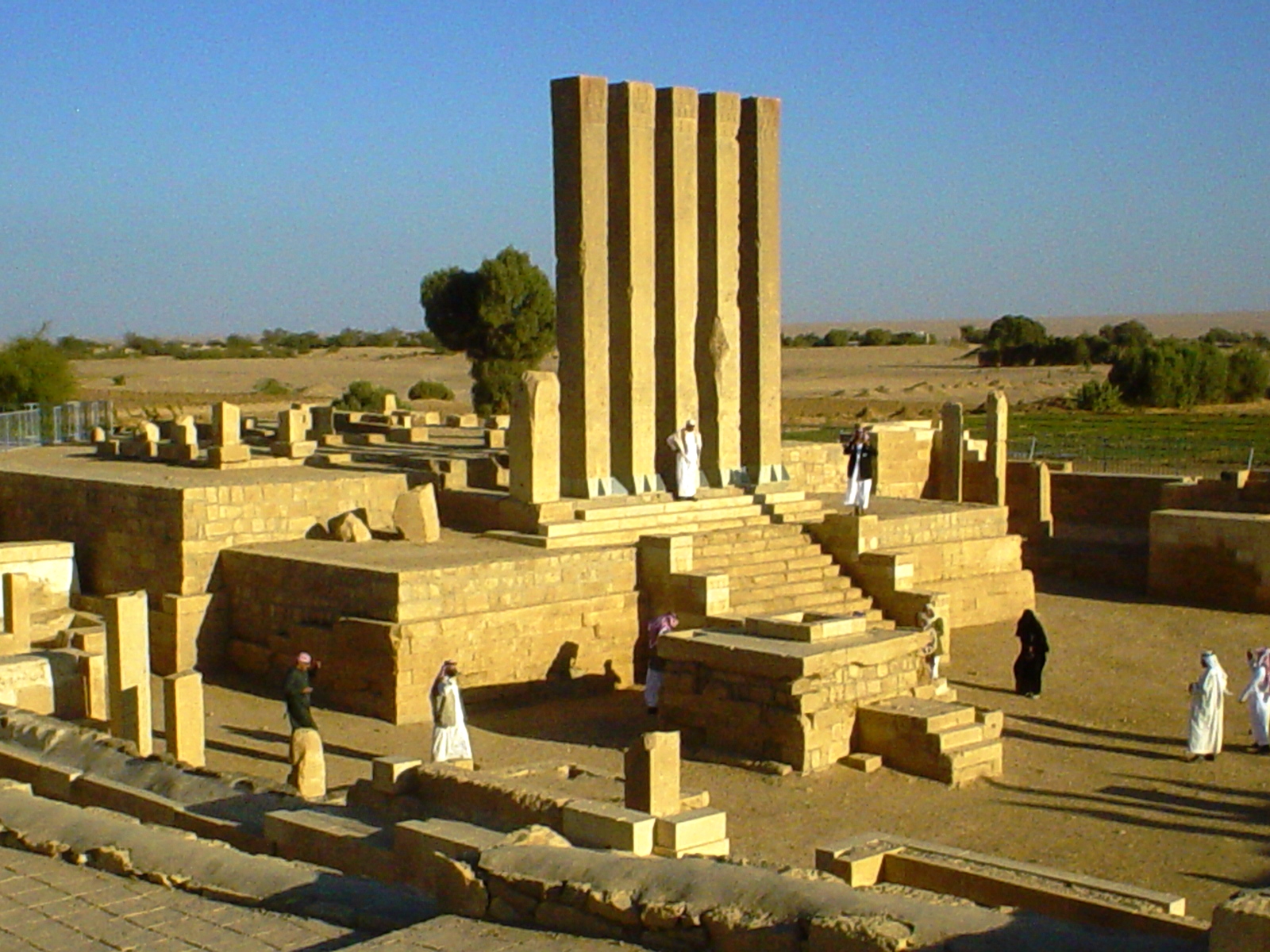