Capital of Yemen during one of the country’s most brilliant periods, Taiz enjoys a position today as a major economic center. Taiz is first mentioned in the late 12th century AD during the reign of the Ayyubids – the forces which had first been led by Saladin’s brother Turanshah. At that time, the quarterly revenue of the port city of Aden was brought to Taiz. The following are some tourist sites in Taiz worth to be visited : The Old City of Taiz has two entrances – Bab al- Kabeer (the Great Gate) and Baba Musa (the Gate of Moses). The walled-in section of the town contains a lovely souk that specializes in a delicious kind of Taiz cheese, dried fish and silver jewellery. Cairo Castle is the large fortification is currently being renovated using river stones and original building techniques. Al-Ashrafiyyah Mosque is one of the few mosques in Yemen that tourists are permitted to enter. Tourist will be able to walk around the grounds and see the tombs of al-Ashrafa, his wife, his father, his sons, and his primary security guard as well as take one step into the mosque proper to admire the decorative work. The tomb markings signify the location of the actual graves in rooms below. There are many lovely reliefs inside. A secret door was found in 2005 leading to an underground room. Supposedly, many of the local governmental officials flocked here when the rumors got out in the hope of unearthing large treasures that might be stored within. But no treasures were found – only the tombs. Al –Mu’tabiyya Mosque was built by a-Ashrafa in honour of his wife 23 years after the construction of his mosque. Both mosques were built with similar design, although the al-Mu’tabiyya is filled with designs and inscriptions. There are no tombs. The mosque used to be reserved for women to pray, but eventually the men decided they did not have enough space, and took it for themselves. Abd al-Hadi Mosque was built in 1618 in commemoration of a Sufi saint of the same name who had died a hundred years earlier. There is a large grave monument to al-Hadi inside the structure. Modhafer Mosque is the oldest mosque in Taiz, built by and named after the great-grandfather of al-Ashrafa. It has a minaret with two, large white domes. Jabal Saber tops out at over 3..m. the villages dotting the mountainside are best known for their women, skilled bargainers who wear bright baltos and who are famed for their beauty.
*(source: Baradt Guide – Yemen) 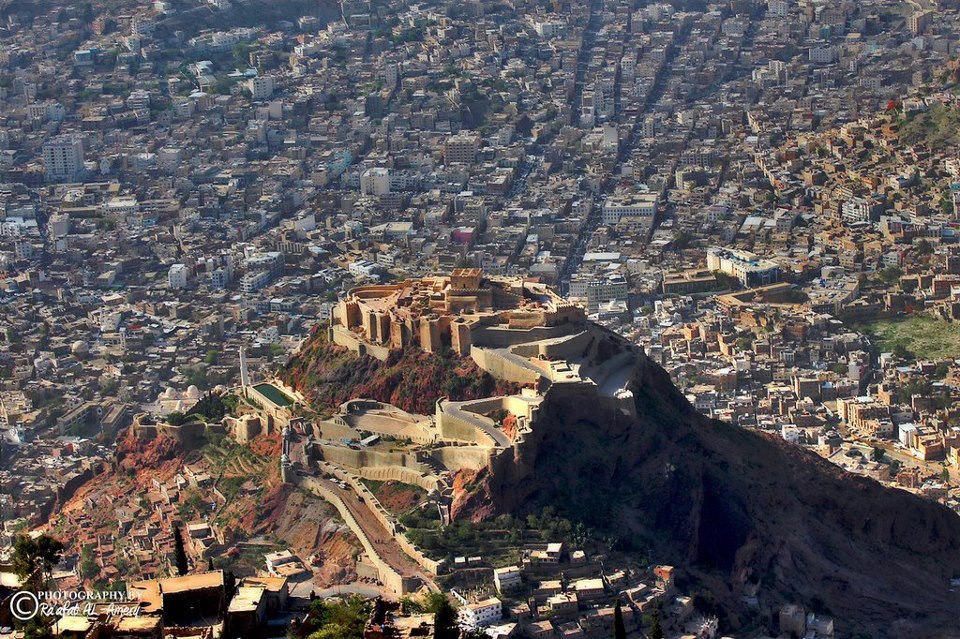 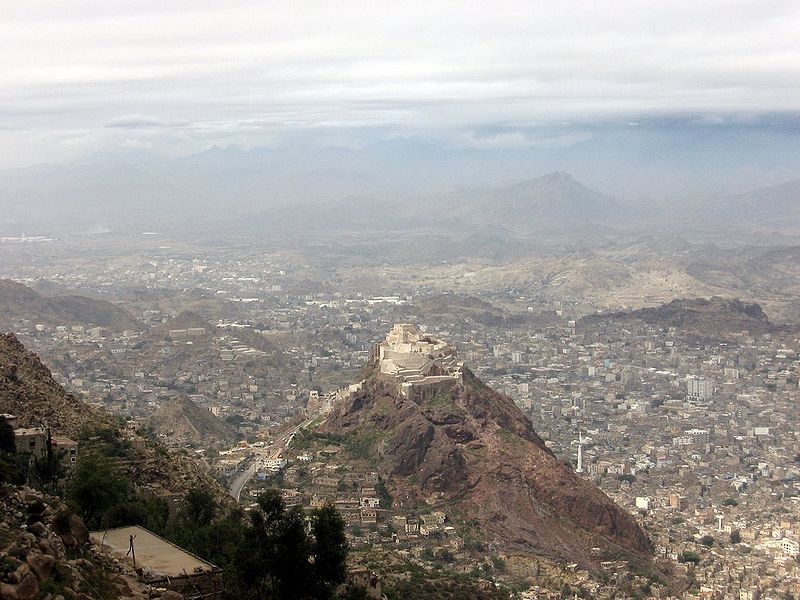